Preaching in a Time of Crisis 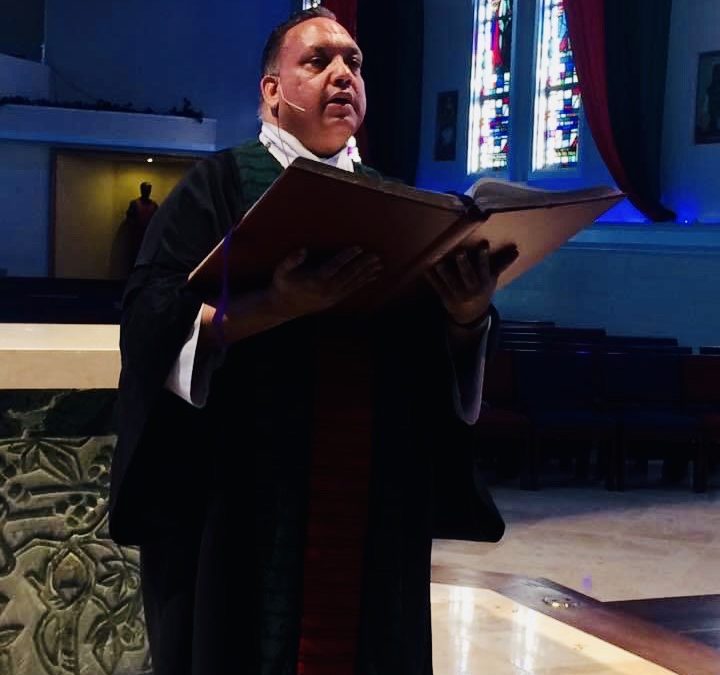 Preaching in a Time of Crisis

First published in The Preacher Magazine
a publication of the College of Preachers of the United Kingdom London, England – August 2020

How long must I carry sorrow in my soul, grief in my heart day after day?

How long will my enemy triumph over me?

Psalm 13 is a cry for relief, a questioning of how long must this suffering last, a plea for swift divine intervention. The conscious feeling of separation from God has brought the psalmist to a place of despair. If we have ears to hear and hearts to hold, there are desperate cries reverberating from the streets of cities large and small throughout the world. These global cries of anguish, anger, and agony are from the oppressed and those who stand in solidarity with those who suffer injustice and inequality. Literally the world watched the excruciating video of an apprehended 46-year-old African American man by four Minneapolis police officers, hand-cuffed face down on the ground as one of the police officers relentlessly pressed his knee into his neck for eight minutes and forty-six seconds. The man, George Floyd in anguish cried out, “Please, I can’t breathe” to no avail and became unconscious and died of asphyxiation. Moments after George Floyd’s murder and continuing on today protests have erupted globally. An incalculable number of unwarranted killings of black people have occurred at the hands of those sworn to protect and serve our communities. How long must we carry sorrow in our souls? Is there a word from God?

Juxtaposed to the psalmist crying out to God seeking solace, these protesters are crying out in our streets with revolutionary demands for change and a more just world. A righteous rage and anxious agony has fueled a global uprising against the powers and principalities of racist policing, unjust policies, and the presence of statues of racist oppressors. They are not crying out how long, but rather enough is enough and now is the time for change. Is there a word from God?

We are in a crisis. Besides contending with the debilitating COVID 19 pandemic, the world is also faced with the insidious plight of racism. Beyond the courageous statements condemning racism and the promise of corrective actions, people are yearning for a moral compass, a way forward by which their lives and actions are informed by their faith. For African Americans, faith and racial justice have long intersected—the church has been a place to pray, find comfort, receive a message of hope, to discuss and strategics about political and civic actions. This is not the case for predominantly white congregations. The litany of excuses for avoiding sermons about the sin of racism, includes not wanting people to feel uncomfortable, racism is a politically charged topic, and people will leave the church or worst yet withhold their money from the collection baskets. The question remains: Is there a word from God?

The Bible offers an emphatic “yes”—God’s word is replete with scriptural texts that castigates oppression, hatred, and malfeasance. When preaching against racism or any other oppression that hinders the Body of Christ, the Christian preacher is called to shepherd their congregation to a place of contrition, conversion, and reconciliation. An important work of preaching is assisting people in forming and examining their consciences.

The preacher’s responsibility is to muster the temerity to convey a message that not only refutes racist behavior and structures but moves the congregation to sincere contrition. People are not born racists; it is a learned behavior. One sermon indicting racism is inadequate perhaps a preaching series is more beneficial. Once racist behavior is acknowledged and remorse expressed, preachers invite their congregation to personal conversion, to change and make amends for their attitudes and actions. It is advantageous for preachers to admit in their sermons their own complicity in racism and their need for ongoing recovery; then congregations can come to a point of authentic reconciliation—healing with and commitment to oppressed people.

When preaching in a time of crisis the preacher must understand that God intends to liberate the world from oppression. Homiletics professor, Carolyn Ann Knight, defines oppression as “a form of sin in which a person or community exploits other persons or communities. Oppression is frequently systemic, that it results from patterns of thought, feeling, and behavior that are transpersonal.”1 The oppressive tendency is so deeply embedded in some social structures that oppressors do not even know that they are oppressors! Among the most common and deeply entrenched systems of oppression are racism, sexism, poverty, homophobia, classism, ageism, people with disabilities, and ecological abuse. Religion, too, can be used to oppress.

Liberation preachers believe that God operates through the processes of history to free humankind from oppression. Knight suggests, “The best liberation preachers are aware that oppressors are oppressed by their oppressive ideas, feelings and actions.2 Those preaching for liberation alert both oppressed and oppressor to God’s present activity in using individuals and groups to move toward a world in which all live together in love, justice, dignity, and shared material resources.

Christian preachers have a moral and theological responsibility to develop a sound hermeneutical approach to the Scriptures. Those who sit in the pews need to hear a word of power and spirit—a word of liberation. With the help of the preacher, congregations are able to worship in spite of the reality of oppression and injustice in the world because they believe that God is faithful and just. Yet the very act of preaching provides the “balm in Gilead” that can heal a sin-sick soul.

Maurice J. Nutt, C.Ss.R. is an American Catholic priest in the Redemptorist Congregation who holds a D.Min. degree in preaching from Aquinas Institute of Theology in St. Louis, Missouri. He is a Parish Mission preacher and an adjunct professor of preaching. Currently he serves as the Convener of the Black Catholic Theological Symposium and lives in New Orleans, Louisana.

You have Successfully Subscribed!